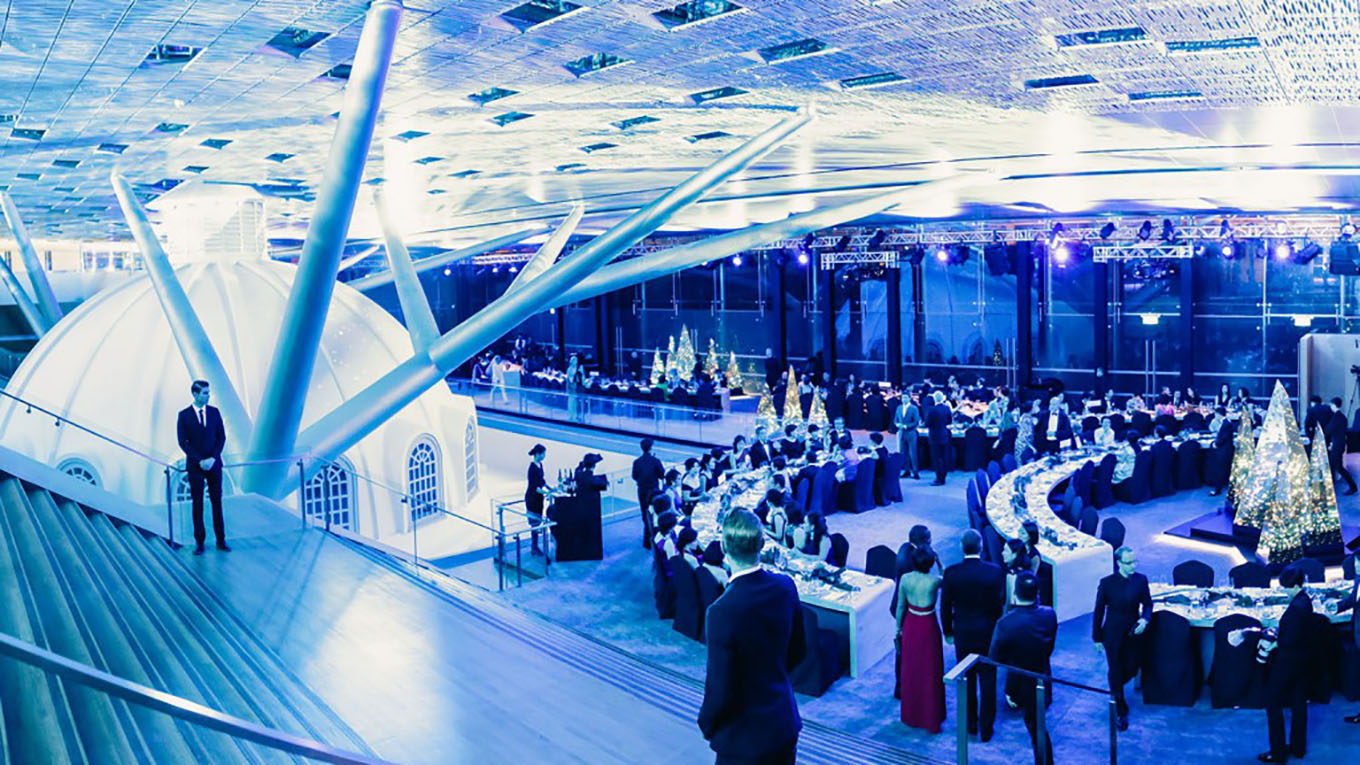 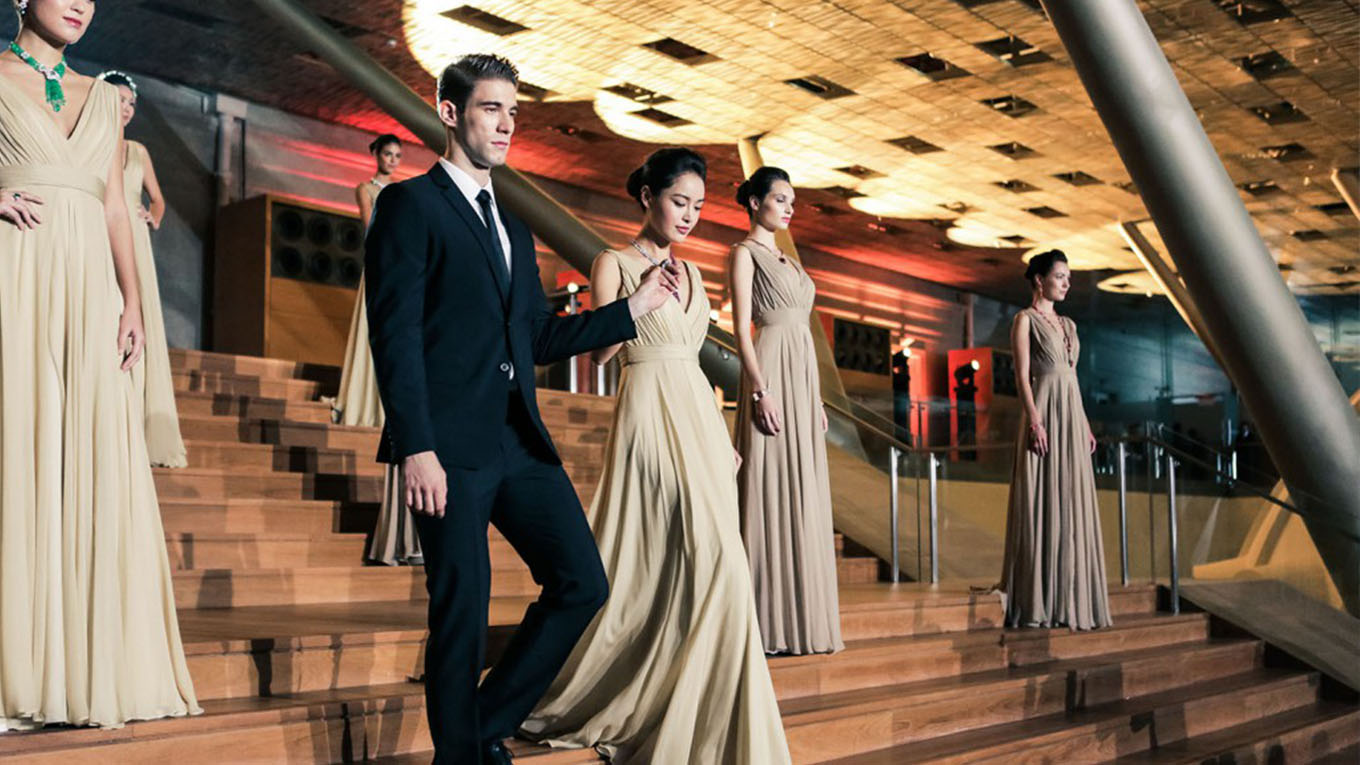 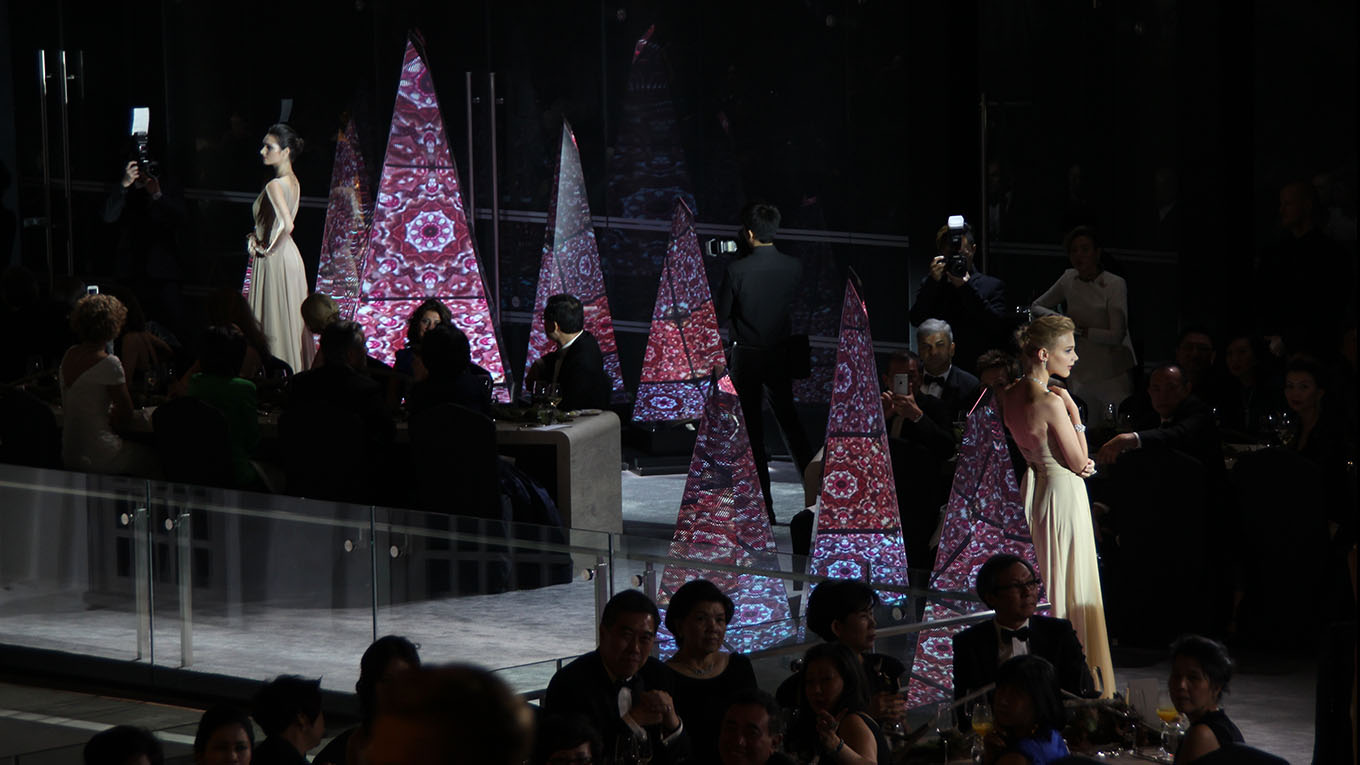 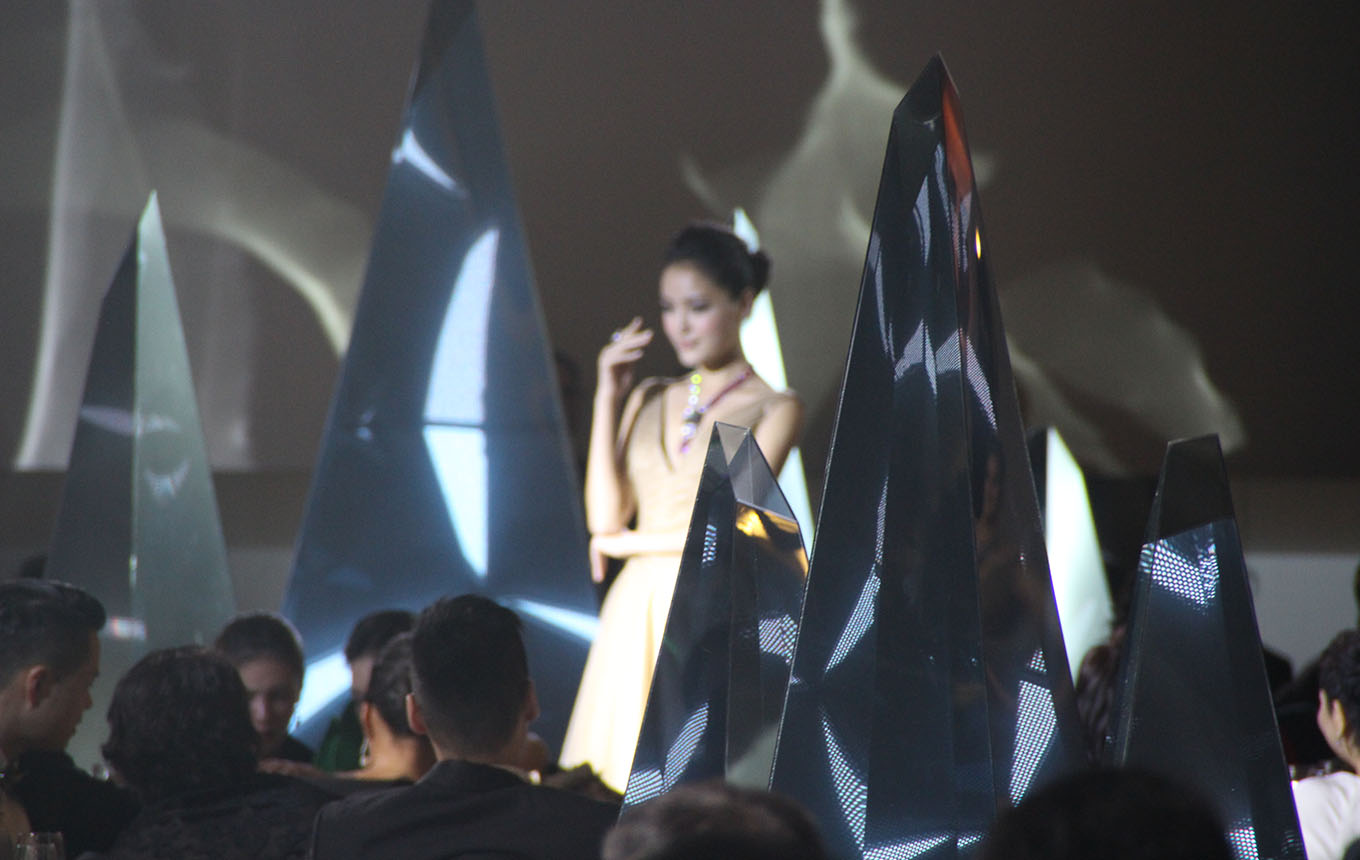 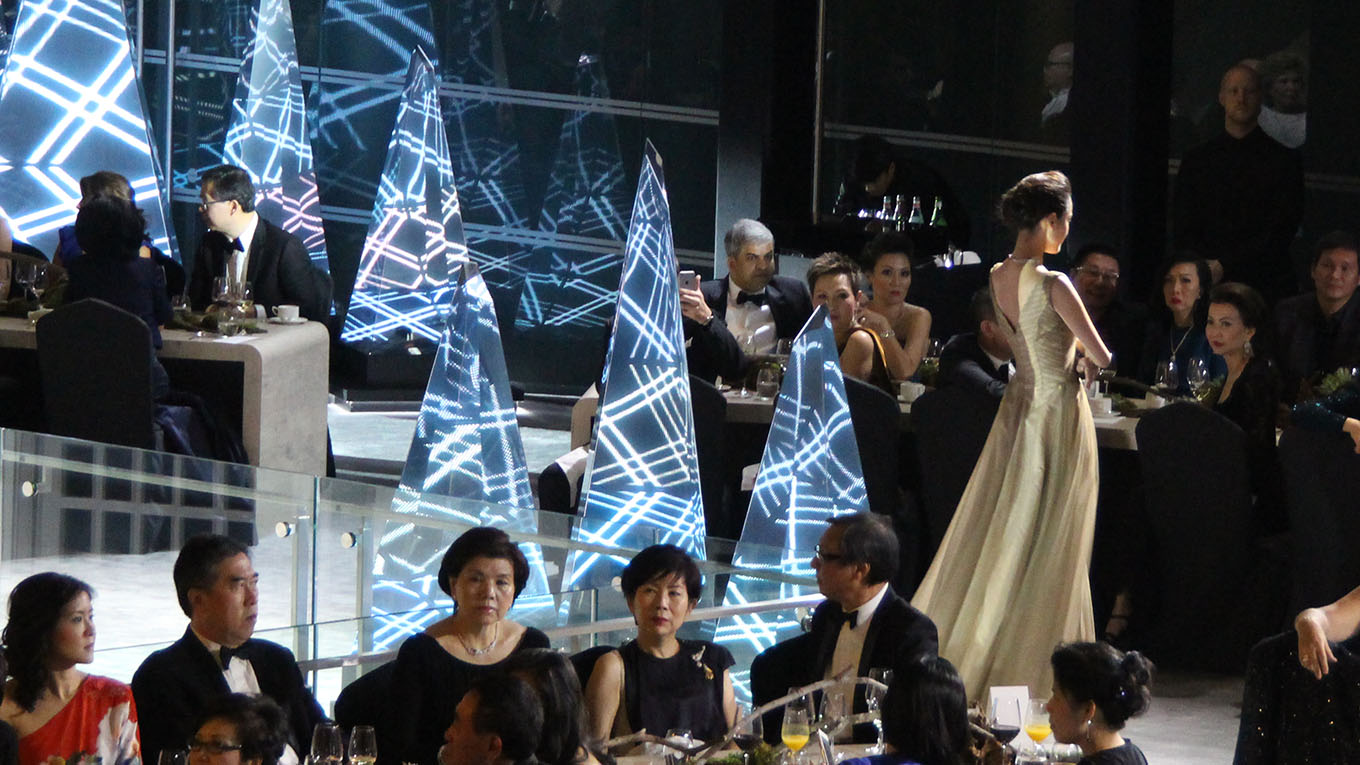 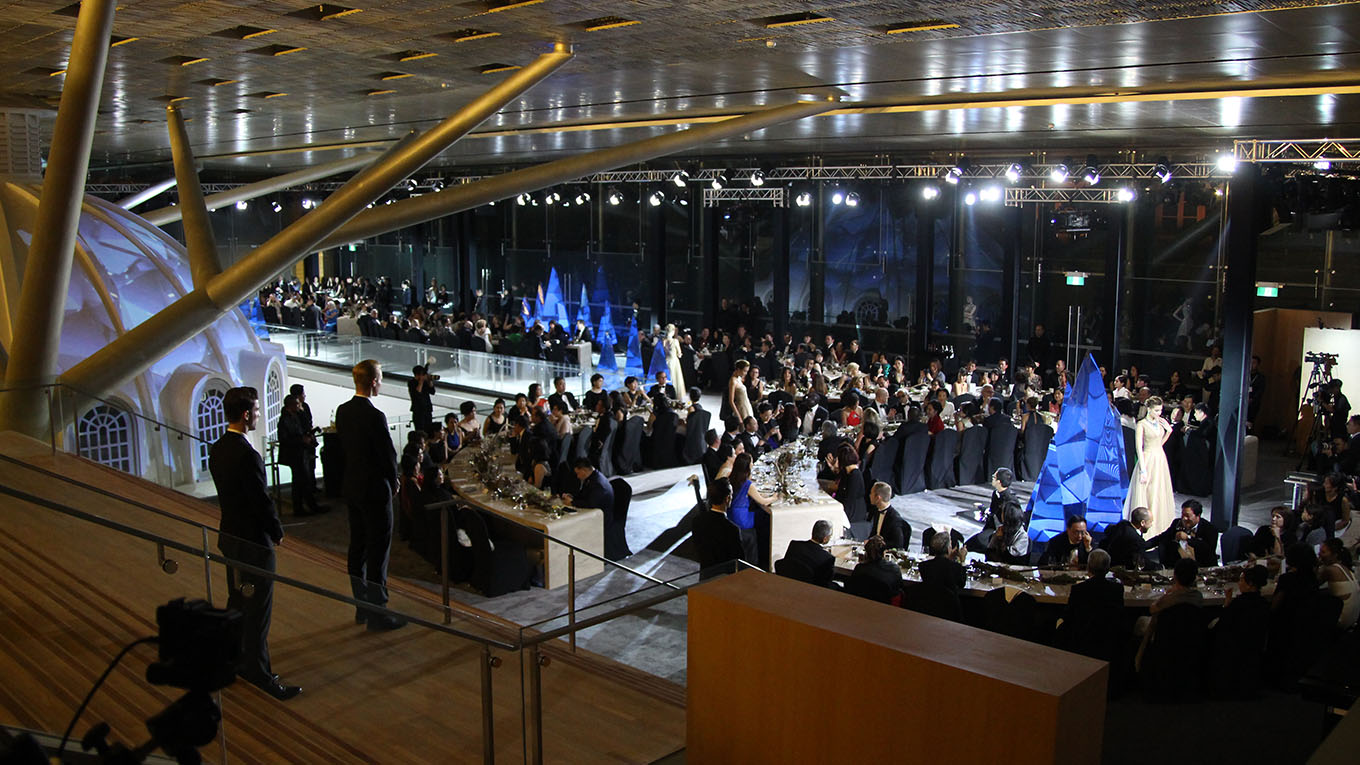 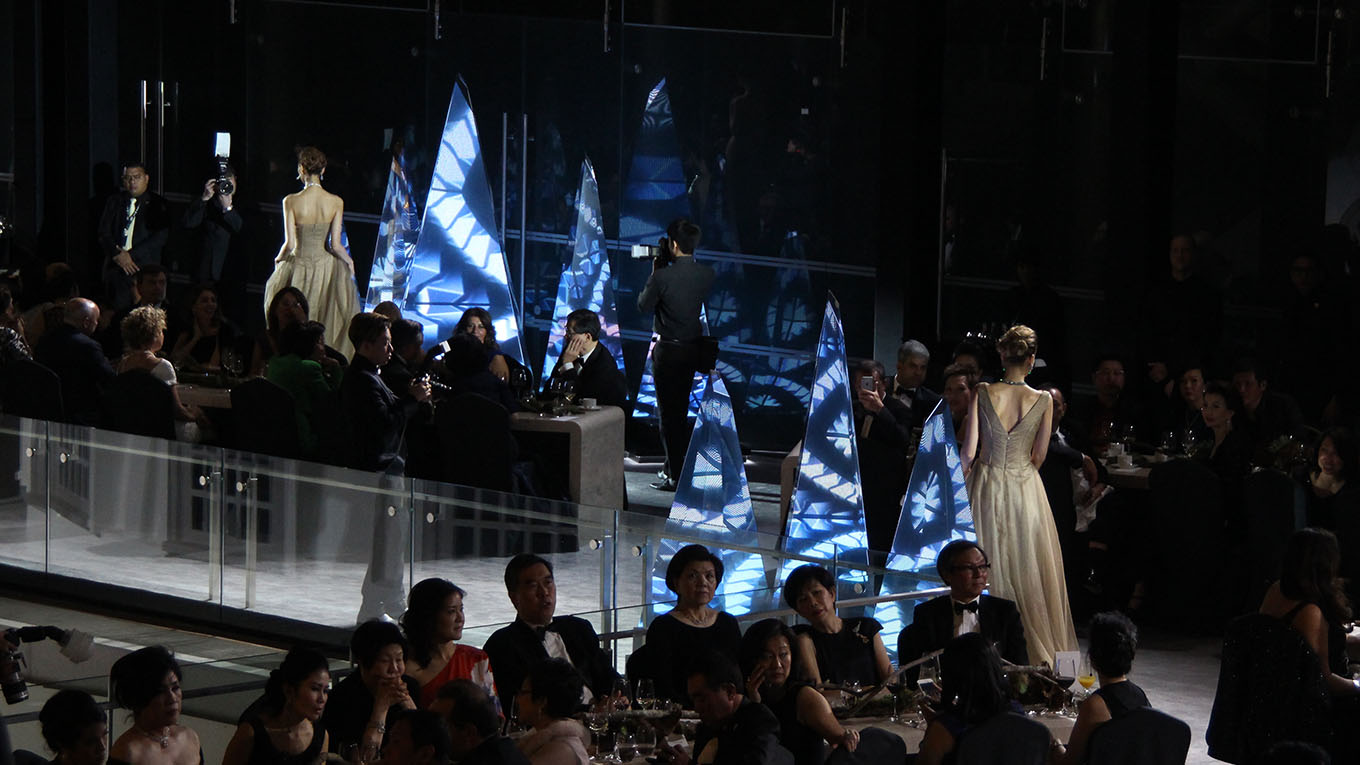 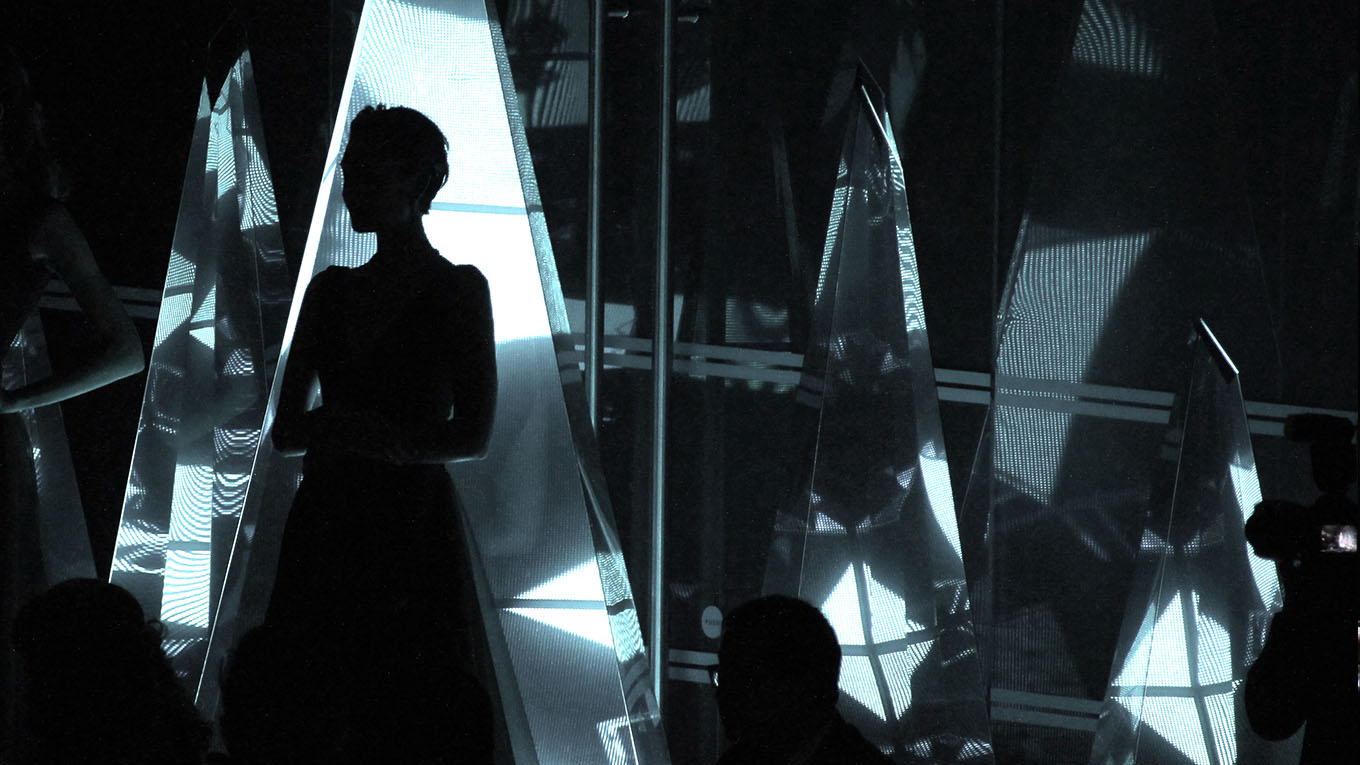 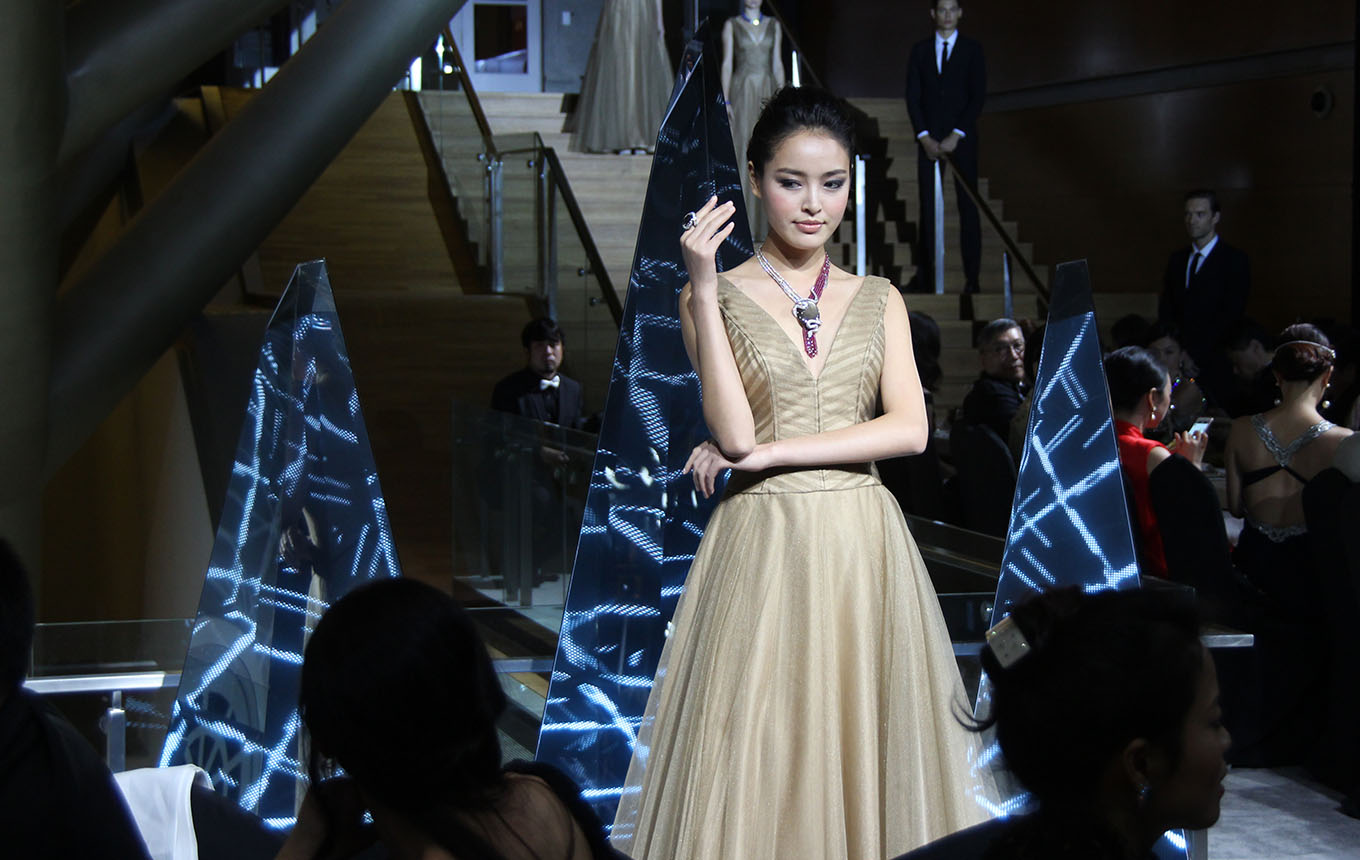 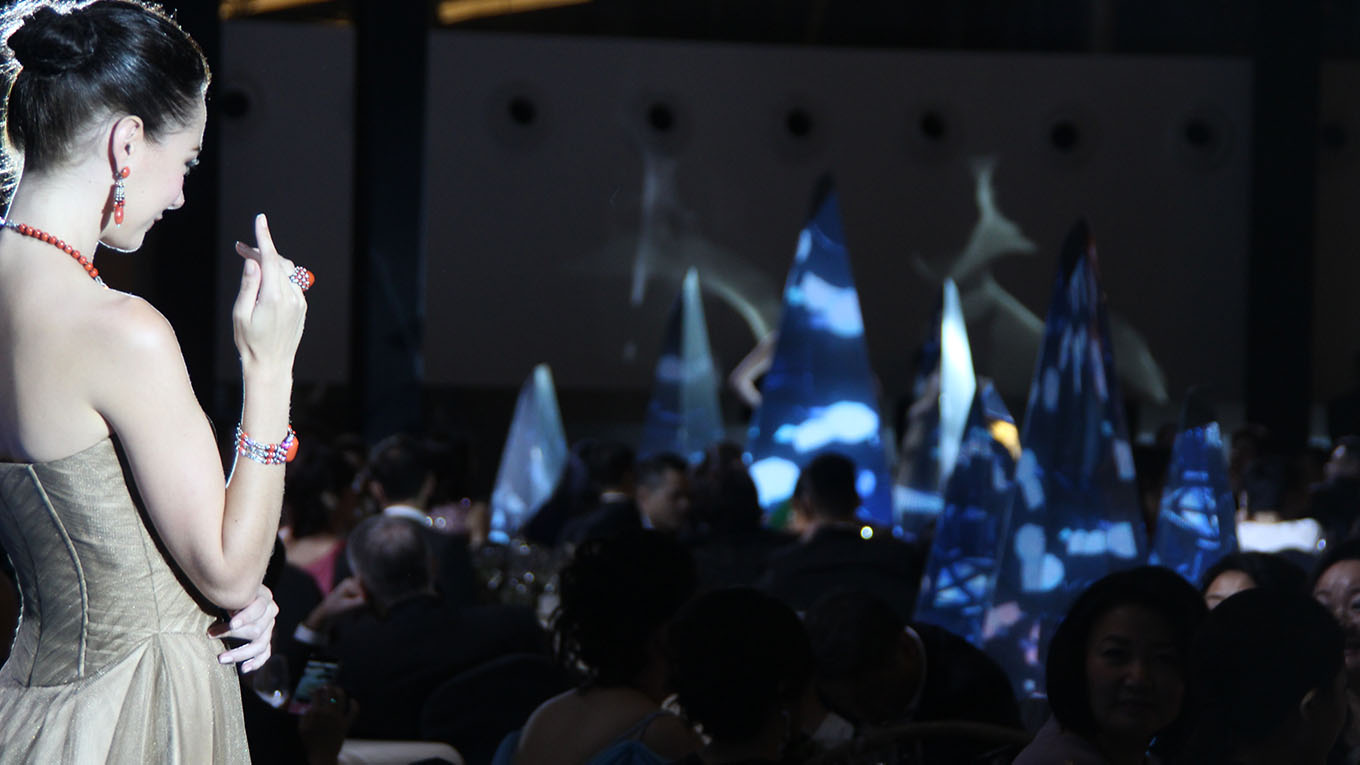 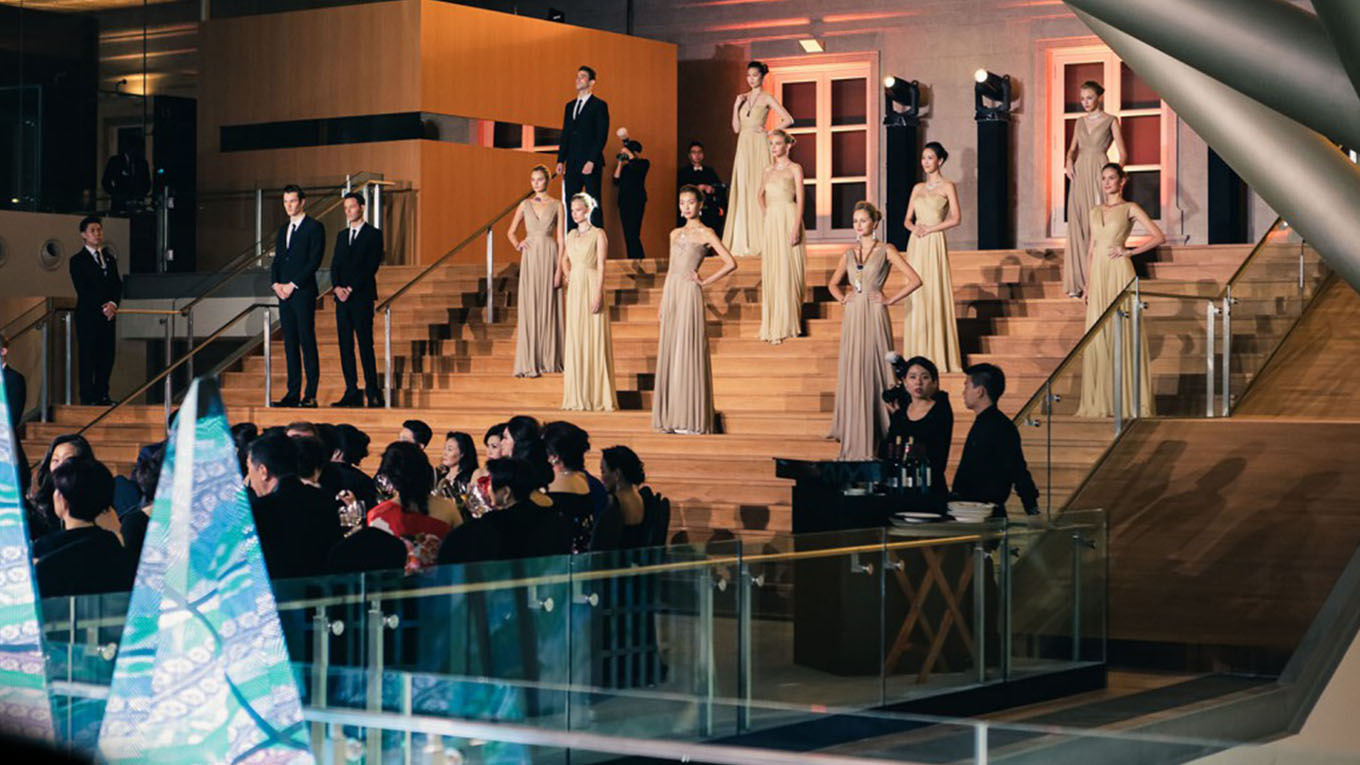 In 2015, Cartier presented it's new high-jewellery collection "Etourdissant" in Singapore. Following a series of events, the highlight of the launch was a two-night gala dinner and jewellery show.

Instead of the traditional catwalk, the models presented the collection by following a choreographed path between the tables, occasionally stopping to pose with the crystal shaped totems. The crystal objects were built of two-way acrylic mirrors and hidden LED panels. The image projected on the LED panel is reflected inside the object, thus creating a kaleidoscope like effect that can be viewed from any angle 360 degrees around.