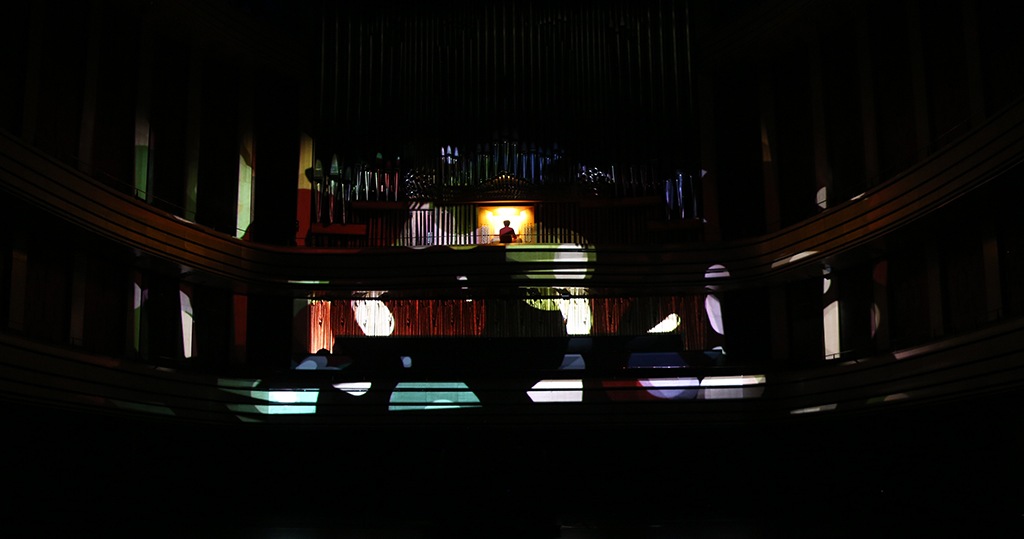 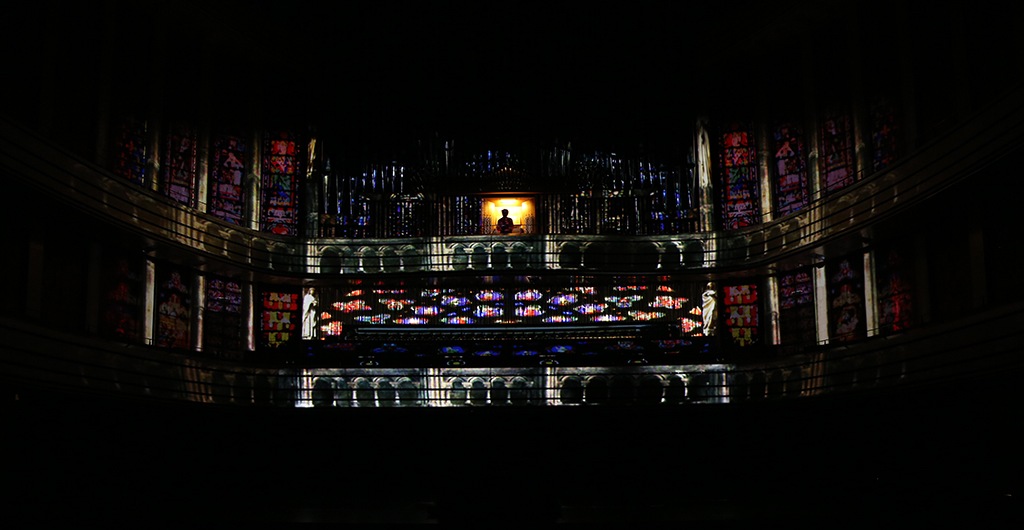 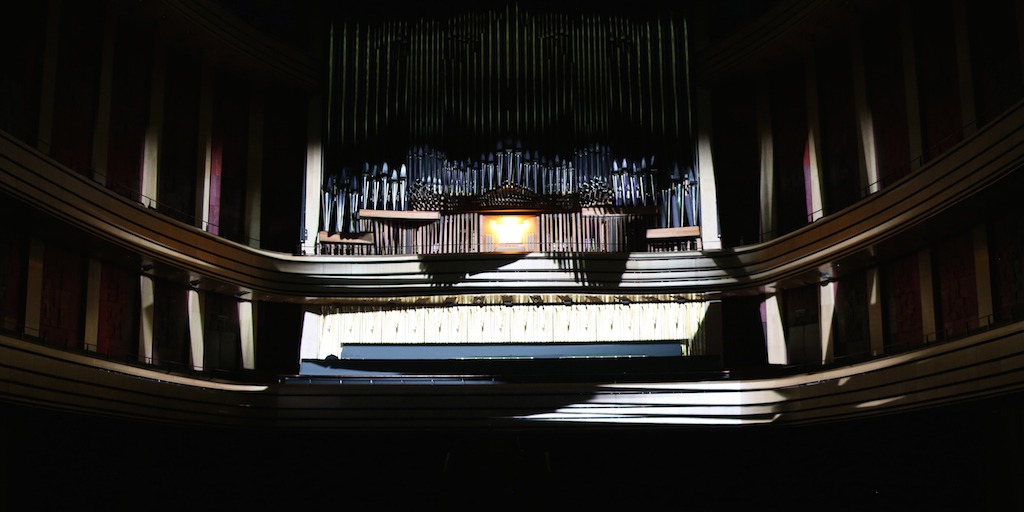 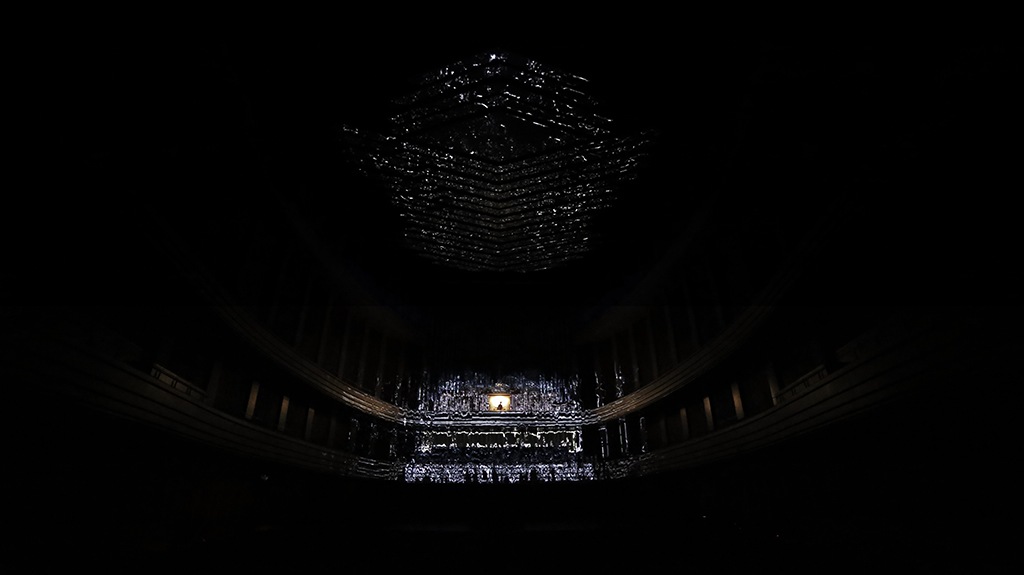 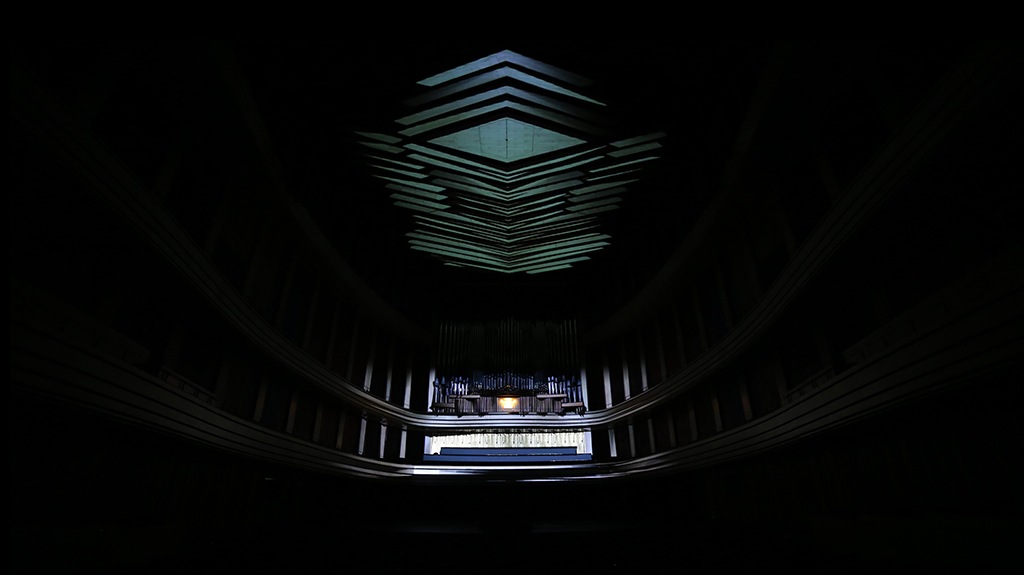 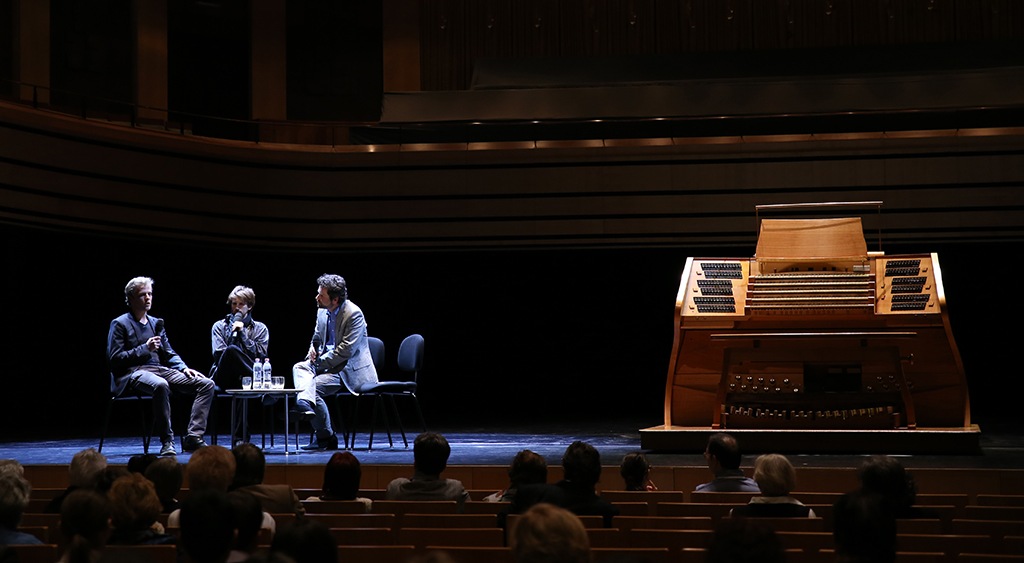 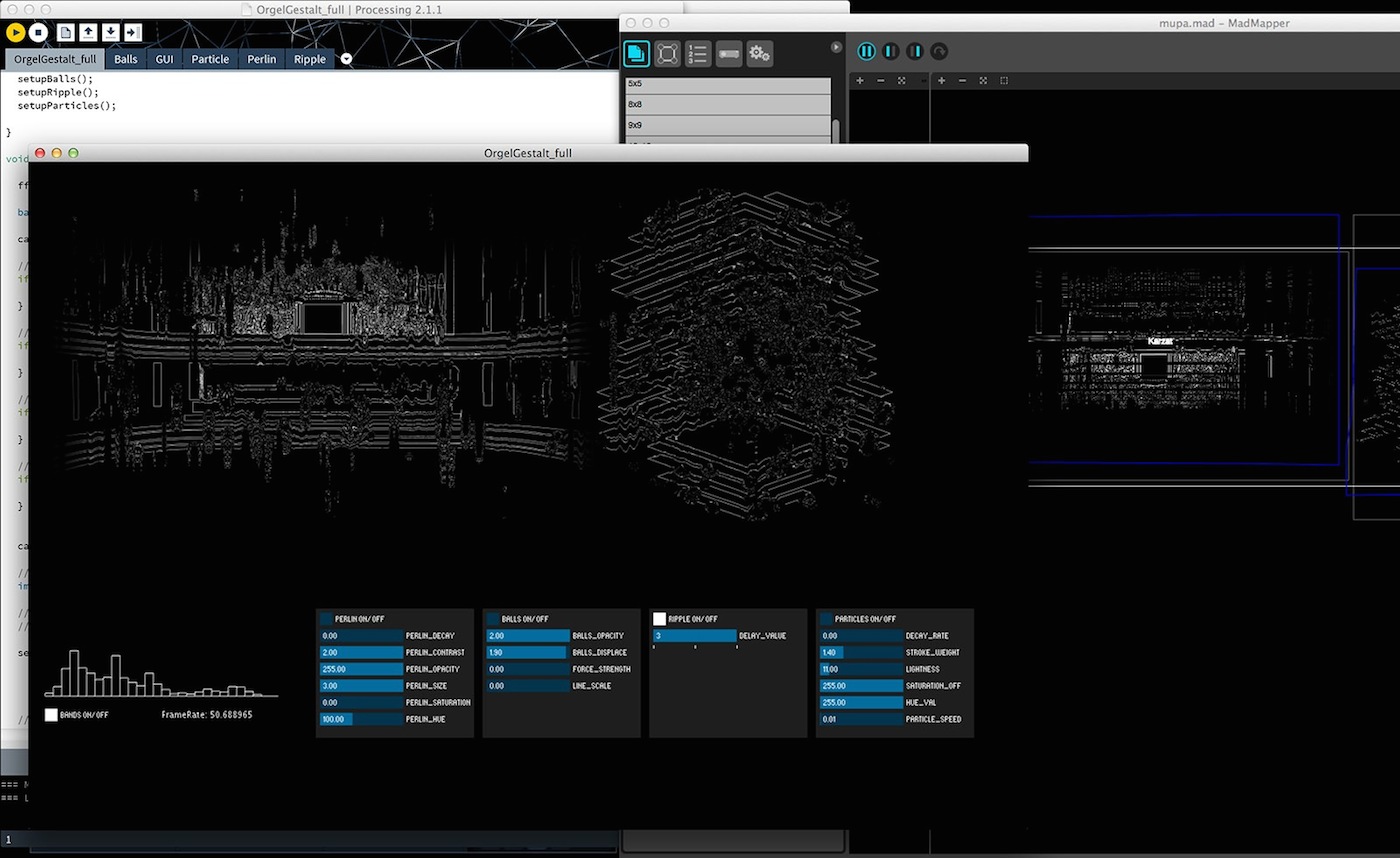 The title of the concert “Contrasts” suggests not only the organ’s comprehensive musical potential, but the particular concept of the event: The antique and contemporary themes, followed by one another, to highlight contrasts through the evolution of art.

Musical retrospections of the XVII. century and the architectural metamorphoses into the actual period of time, are set side by side with pieces from the XX. century and visual notations of contemporary new-media.

The interpretation of the contamporary pieces involved the development of computer-algorithms (Processing) that translate the musical information into graphical elements, reacting interactively to the contrasts of tone and theme changes, while maintaining the genre and aesthetic of the organ’s nature.